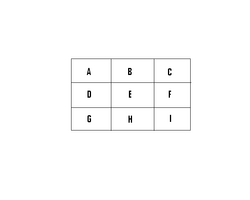 The overlay is used to determine the color of each area for each flag and the color is recorded in the table as the logical state of the area. The table data is then submitted to the optimization program and processed until an optimal empirical separatory value is obtained.

Starting with area "A" the query begins by asking for the color in this area of the flag. Suppose we have in our possession the flag of the Netherlands. The answer to the first query in regard to area "A" is RED which would remove 2/3 of the flags from further consideration. The next query for the color in area "B" would be RED which would serve to eliminate none of the remaining flags. In fact, since the colors in columns "D", "E" and "F" are the same for each remaining flag, we would not be able to eliminate any remaining flags until column "G" where the color BLUE would provide a unique answer to the final necessary query. Here all remaining flags except the flag of the Netherlands would be eliminated from further consideration. It would therefore take a minimum of seven queries using the systematic query method to establish the identity of the flag in our possession as belonging to the Netherlands. 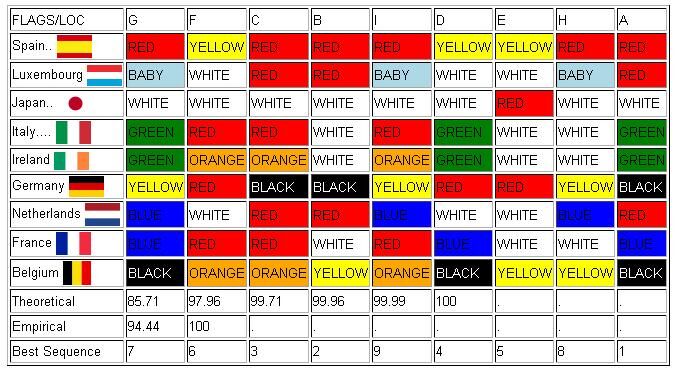 The results of optimization are shown above and include a listing of the theoretical and empirical percentages. The original characteristic sequence is indexed in the bottom row. Starting with area "G" the query begins by asking for the color in this area of the flag. Suppose we have in our possession the flag of Ireland. The answer to this first query would be GREEN. The next query is for the color in area "F" to which we would answer ORANGE. Since no other flags have this combination of GREEN and ORANGE in these areas our query can end here. The minimized query algorithm has optimized the order of characteristics and minimized the number of queries that are required to identify the flag. (Please note that there may be more than one optimal solution.) 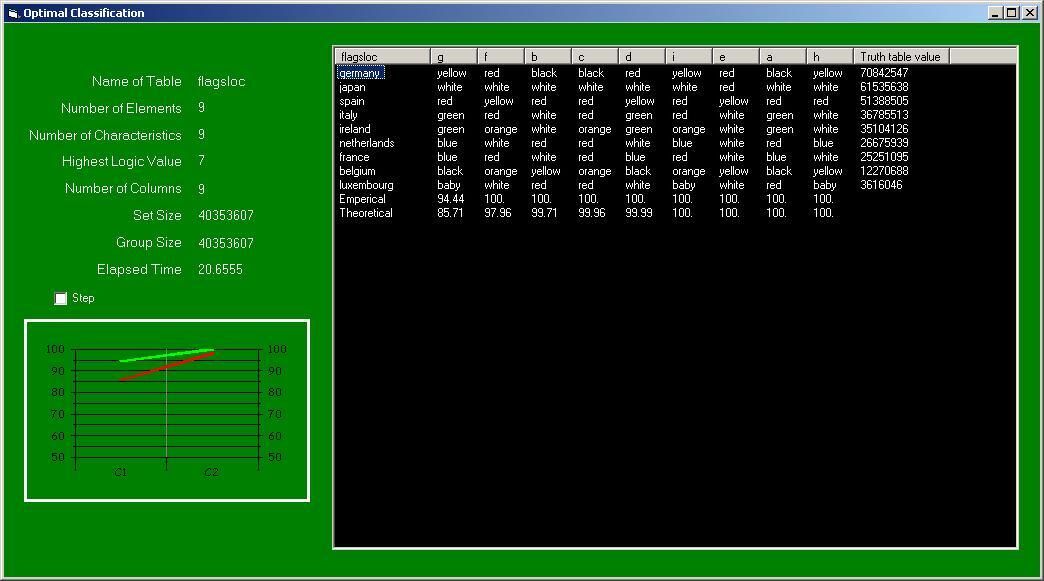