For virtualization is a virtual machine monitor (also known as Hypervisor). It can be defined as “a layer of software that emulates hardware of a complete computer system” [1]. The abstraction created by VMM is called a virtual machine. There are three types of VMM according to their structure:-

Type 1: These VMM (Figure 1) are directly installed on the hardware. They are also known as stand alone VMM.Examples-IBM 370, VMware ESX server, Xen. 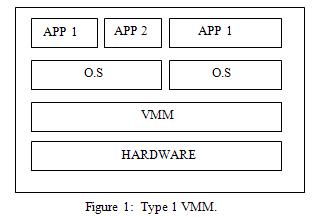 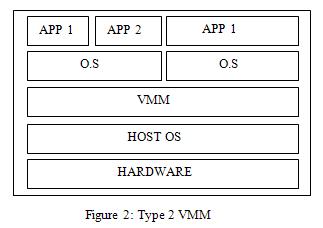 Type 3: This (Figure 3) type is a cross combination of Type 1 and Type 2 VMM. They mostly operate on physical hardware but use services of host OS to perform I/O activities.Examples- Microsoft Virtual PC, VMware workstation. 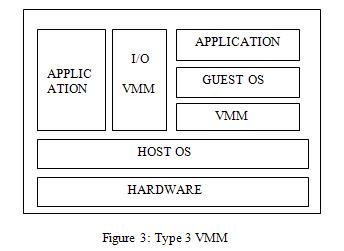 Retrieved from "https://academia.fandom.com/wiki/Virtual_Machine_Monitor?oldid=7507"
Community content is available under CC-BY-SA unless otherwise noted.